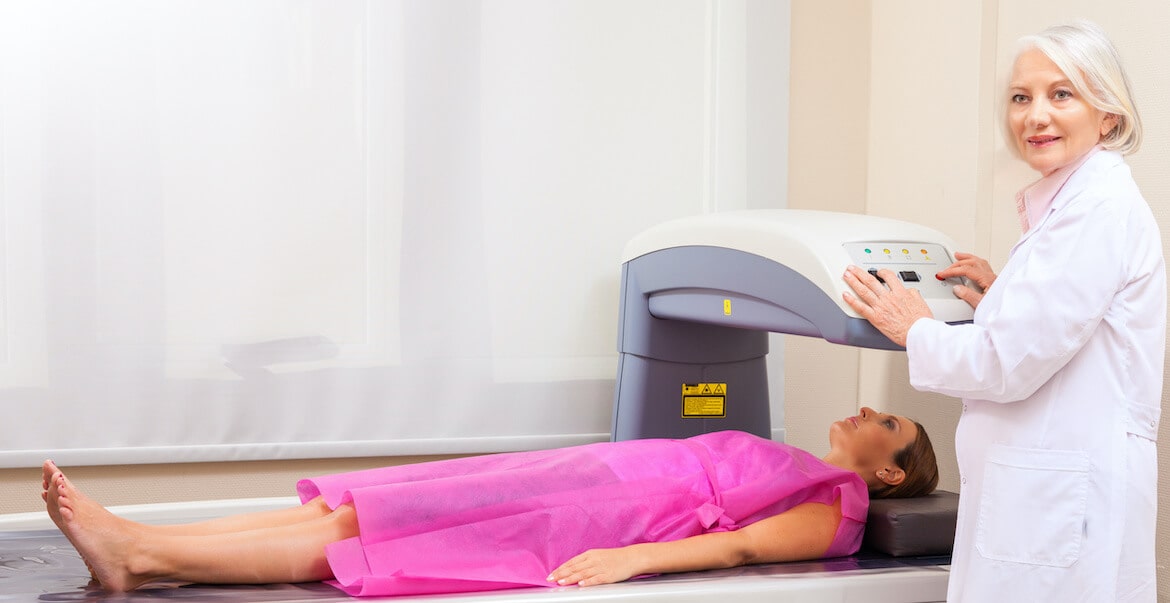 A Bone Density Assessment – also called densitometry or DXA scan – determines whether you have osteoporosis or are at risk of osteoporosis. Osteoporosis is a debilitating disease that causes bones to become more fragile and more likely to break. It affects more than 75 million people worldwide.

Osteoporosis is one of the most preventable diseases today. In the past, osteoporosis could only be detected after you broke a bone. By that time, however, your bones could be quite weak. A bone density assessment makes it possible to know your risk of breaking bones before an injury occurs.

A bone density assessment uses X-rays to measure how many grams of calcium and other bone minerals are packed into a segment of bone. A bone density test is a fairly accurate predictor of your risk of fracture.

Bone density tests are easy, fast and painless. Virtually no preparation is needed. Please be sure to tell your doctor beforehand if you’ve had recent oral contrast or nuclear medicine tests. These tests require an injection of radioactive tracers that might interfere with your bone density test.

Bone density tests are usually done on bones that are most likely to break because of osteoporosis, including:

A central device is a large machine on which you lie down during bone density testing. The equipment measures your bone density at your hip or spine through a test called a dual energy X-ray absorptiometry scan, or DXA scan. A DXA scan offers very precise results and is the preferred test for diagnosing osteoporosis.

During the test, you lie on a padded platform for a few minutes while an imager — a mechanical arm-like device — passes over your body. It won’t touch you. The test does, however, emit radiation, though your exposure during a bone density test. It is commonly about one-tenth of the amount emitted during a chest X-ray. The test usually takes five to ten minutes to complete.

Forms need to be filled out at facility.